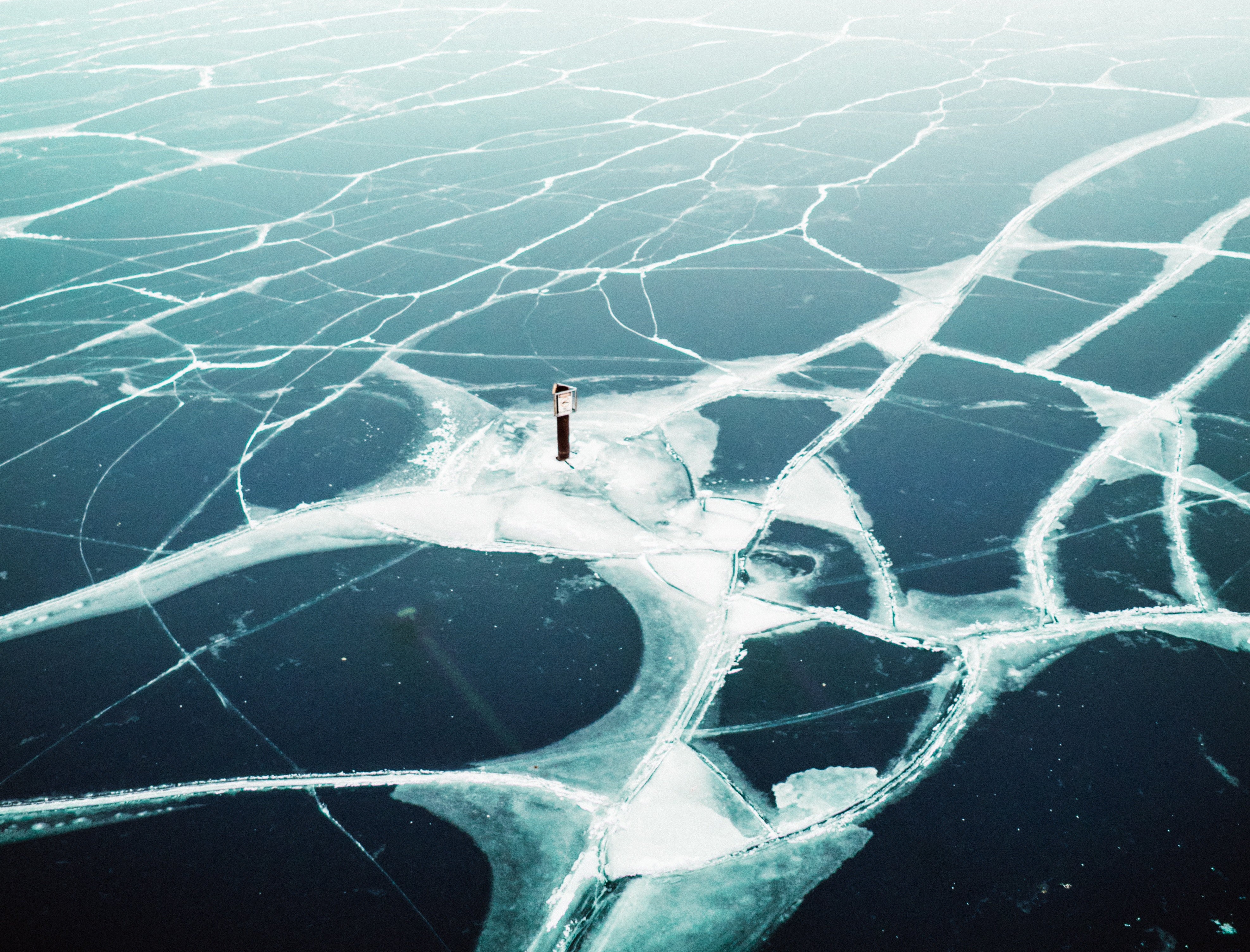 It’s important to train your leaders to improve their self-confidence and efficacy, shaping individuals to reach their full potential. Effective ice breakers are useful not only for the training attendees but for you! The comfort it generates will also benefit you as the coordinator and make independent and outspoken potential leaders easier to handle.

Firstly, as with any ice breaker, it is important to find a way to encourage individuals to engage with those they don’t know, as we all know we’d rather sit with our friends than strangers. Get everyone in the room to line up according to how long they’ve been with the company and number them 1-5 (or however many groups you’d like), then split them off into a mixture of newbies and old hands according to their number. Once you've done this, the ice breaking begins ….

Ask each group to find x number of things in common, excluding factors related to physical appearance and discouraging things relating to work. This allows the groups to get to know each other as they will inevitably reveal things about themselves that are not a group commonality as well as the characteristics or experiences they find in common.

This may require a time limit as once everyone gets talking they’re bound to find lots in common or be intrigued about how they are so different. Once common ground has been established, one person from each group can read the list to the whole room, allowing everyone to feel connected as they may even find things in common across whole other groups.

According to a psychologist called Henri Tajfel, an in-group seeks to enhance their own self image by finding negative aspects of the out-group. While this sounds malicious, it happens constantly in everyday life – such as feeling opposed to those who support a different football team to you.

Creating an in-group where those attending your training feel at one with those around them will motivate them to act pro-socially towards their group in general but also to trust them more strongly, exhibit higher levels of empathy and share their resources. So find things in common with those around you and they might just offer you a handful of their crisps during a coffee break.

An extremely quick and somewhat unusual ice breaker for when you may be tight for time. This could be done in small groups or with everyone. Depending on whether people have their belongings nearby or not, ask them to open their wallet and pick out a coin or provide a coin for everyone. One at a time delegates must introduce their name, occupation and something interesting they did in the year on the coin. This is fast, funny and informative.

Discussing the topic relevant to the course will be the fastest method to break the ice and introduce the session all at once. Choose something which is somewhat contentious to promote discussion; however it is important not to choose anything too sensitive.  Split those attending into small groups and ask them to introduce themselves before discussing questions such as ‘are leaders born or made?’, ‘what is most important to you as a leader?’ or ‘what is the best leadership style?’.

Attendees tell the group one word which they think best describes what leadership is, their leadership style, the biggest downfall of many leaders etc, according to what fits in with the session to come. This is short and snappy but can easily develop into discussion. 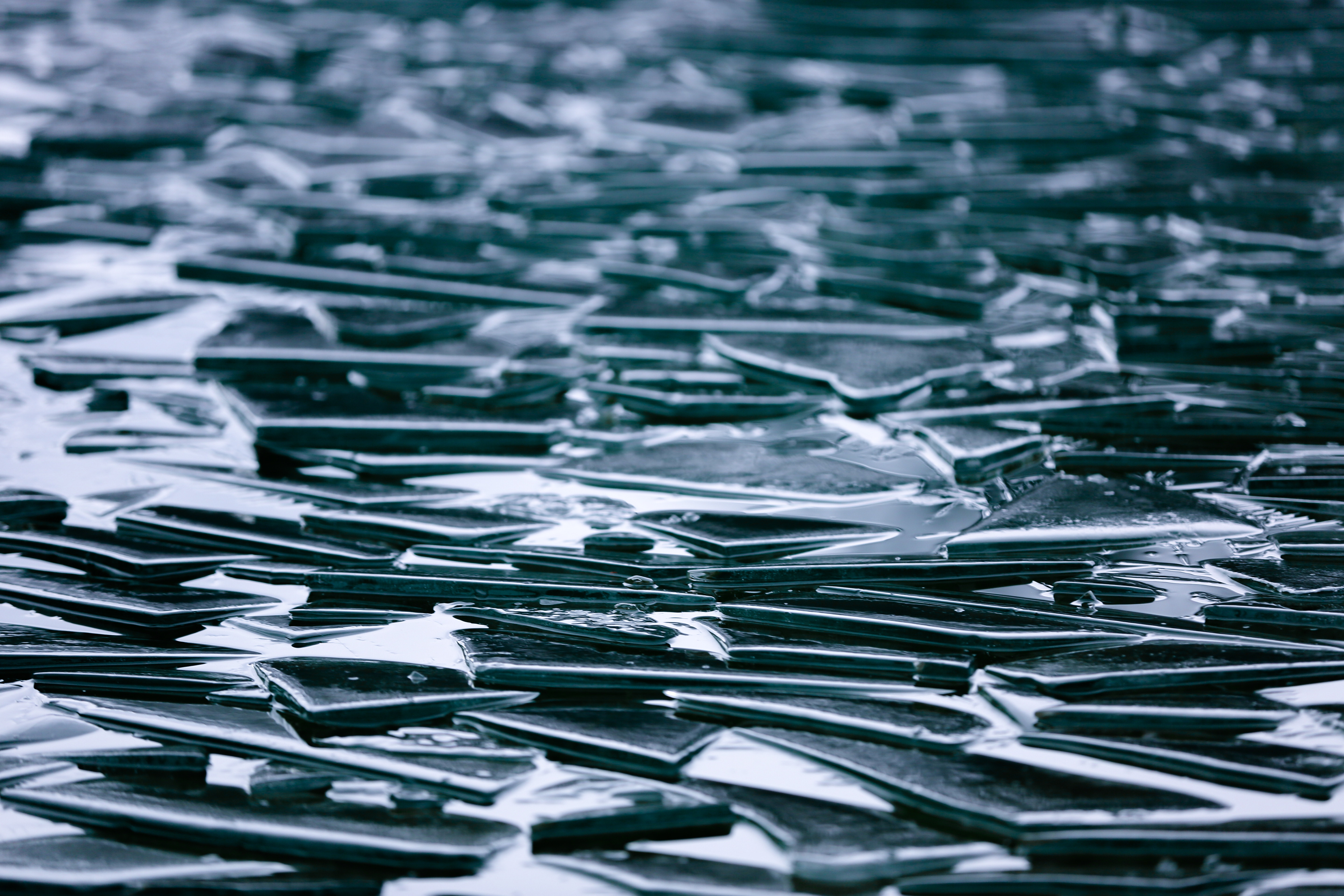 Ask small groups to discuss their triumphs in the workplace, this could be their biggest achievement or a smaller event they are proud of. Give examples that they can use e.g. a big deal they secured or an in-office conflict they mediated effectively.  Once the groups have exchanged achievements, individuals can then feedback to the wider group about what they were impressed by or what they aim to do in the future.

Groups can then try and find common themes between what they found inspiring, to create a more cohesive and connected collection of individuals – again cultivating an in-group. This is particularly useful for leadership ice breakers, as it not only shares experiences but also boosts self-confidence - an essential component of effective leadership.

Use the same activity but ask the attendees their biggest achievements by the age of 18. This might lead to some slightly more jokey answers, or delegates revealing some extremely impressive adolescent accomplishments.

Self-confidence is continuously found to be a key pre-requisite to effective leadership, as reported in psychological studies. One psychologist called Edwin Locke once said the fact that “self-confidence is a necessary trait for successful leadership is undisputed”. So, we know that everyone agrees it is important by why is it so necessary?

The answer to this comes from another, probably more famous, psychologist called Albert Bandura. He proposed a model of self-regulation which discusses something called self-efficacy, a specific term for what we would generally call self-confidence - especially when talking about the world of work. Self-efficacy refers to the belief that you have the capability and resources available to meet the demands of your task or situation. The model states that high self efficacy leads to individuals setting challenging goals, working harder on tasks, persisting in the face of obstacles, actively searching for effective task strategies and directing behavioural and cognitive resources towards goal relevant actions.  Similarly, research into leadership has found that effective modern leaders are causal agents who act on a given situation rather than just responding to it. This therefore suggests that having self-confidence, or more precisely high self belief in one’s abilities to perform well leads to effective, active leadership.

On the flip side of this, a lack of self-confidence is often cited as one of the biggest reasons that people shy away from leadership positions. Believing you aren’t good enough – whether this is a personal vendetta against yourself or that structures in society have constantly told you that you aren’t suited to a leadership role – can crush any leadership potential. In fact, a lack of self confidence, or the belief that one doesn't posses the skills and resources to actively persist in the face of adversity, is often why there aren’t more women in leadership positions.

Therefore, while this is a snappy little ice-breaker, the small boost in confidence can really make a difference to leadership ability, meaning delegates can get the most out of their course. At Criterion we focus on building confidence during our leadership development courses, so this ice-breaker is also perfect for introducing that theme.

Provide a bingo sheet for everyone attending the training, but instead of numbers it contains descriptions. For example ‘someone that has travelled to Japan’ or ‘someone who has ridden a horse’ with a mix of more obscure and common descriptors. The delegates can then walk around the room and talk to their peers, when they find someone who has done one of the things on the bingo card, they cross it off. The networking continues until someone screams 'BINGO!!!!'.

This game gives everyone a reason to talk to one another and can reveal intriguing things they wouldn’t have otherwise found out.

This final ice-breaker does require some preparation prior to the training session – so if you’re reading this the night before your leadership training session, in a panic to find something exciting to do with your attendees, I’m afraid it might be too late.

If you’ve got a little more time, take a set of Jenga and write your ice-breaker questions on one side of every block, so that they can’t be seen when stacked in a tower. These could be personal ‘get to know me’ questions, industry and leadership specific, or a mixture. Then you simply play Jenga, but whenever someone successfully pulls out a block they must answer the question written on it until the tower topples to the ground.

If you’re a creative type, or you just don’t own Jenga, you could create something similar with a card game. For example, put questions on the back of every playing card and when a player has to pick up a card they answer the question on the back. This would be good for a game like Go Fish where players are picking up cards frequently. 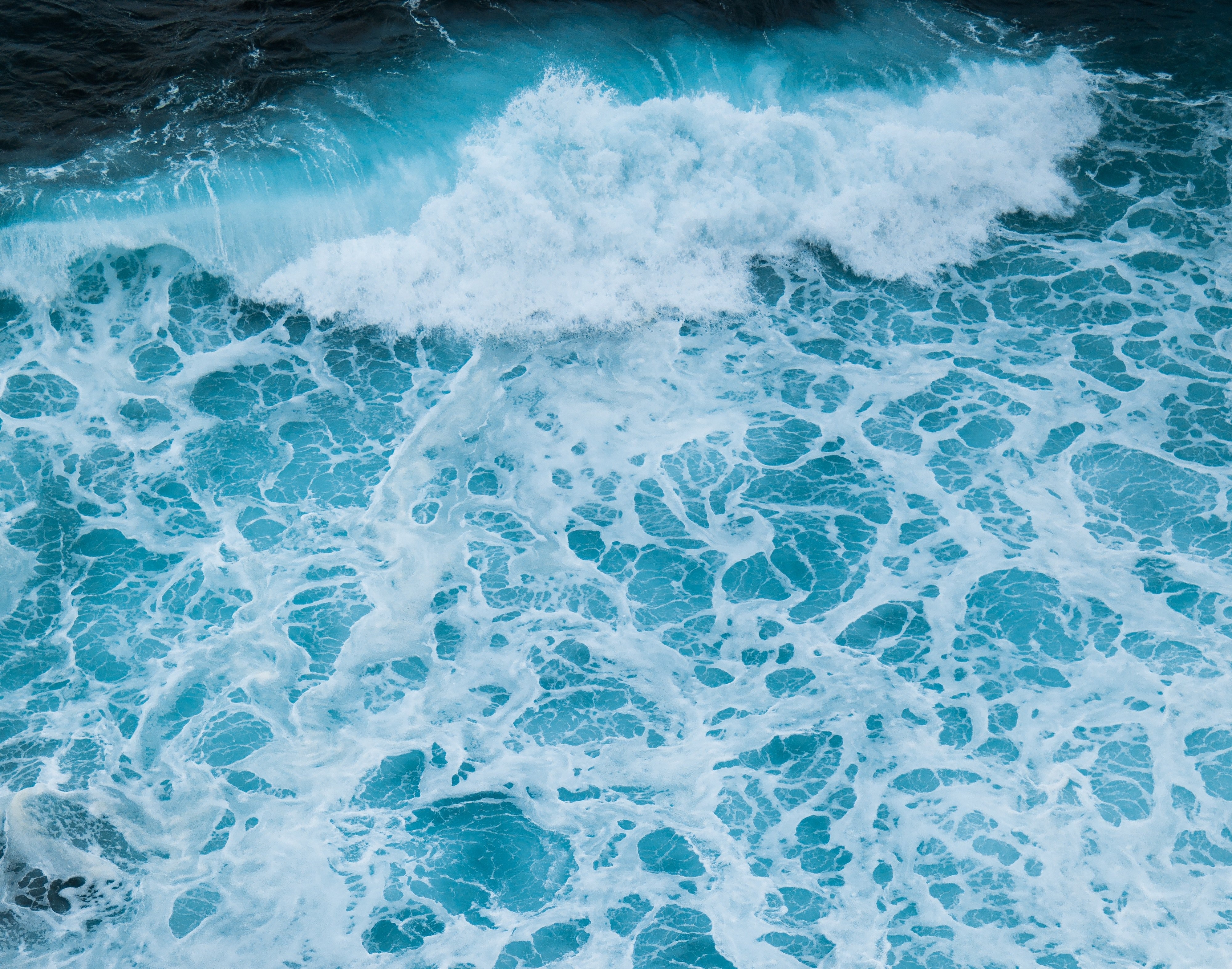 Blog recap: Break the Ice by finding things in common, with something short and sweet, through talking about leadership and celebrating achievements or with a game.

Having run leadership development programmes for over two decades we’ve seen a fair few icebreakers in our time. Whether you’re interested in talent management, developing potential leaders or high level executive coaching, all of our training programmes empower the delegates to build self-confidence, nurture a desire to grow as a leader and understand more about their current approach and how to enhance it going forwards.

We tailor every programme to the specific needs of the organisation so If you are interested in finding out more about how we can help to develop your leaders, please get in touch using the buttons below.

We can also provide a leadership report so organisations and HR teams can find what makes their leaders tick. Contact one of the team for more info. 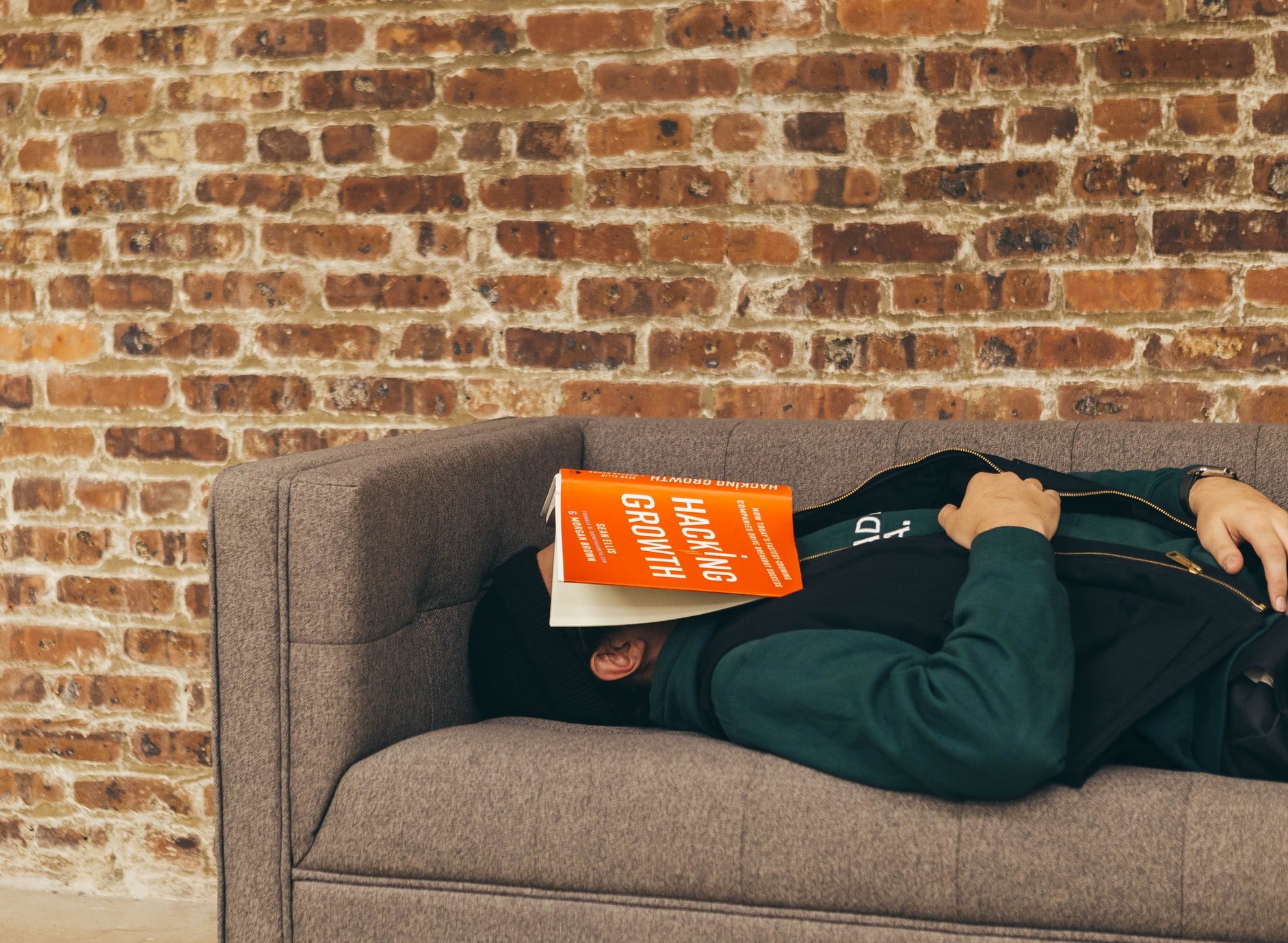